FacebookTweetLinkedIn
Encrypting is like locking doors - bad guys do it too. Should the police have 'just in case' keys to all of our homes?...and the discussion that analogy provoked. 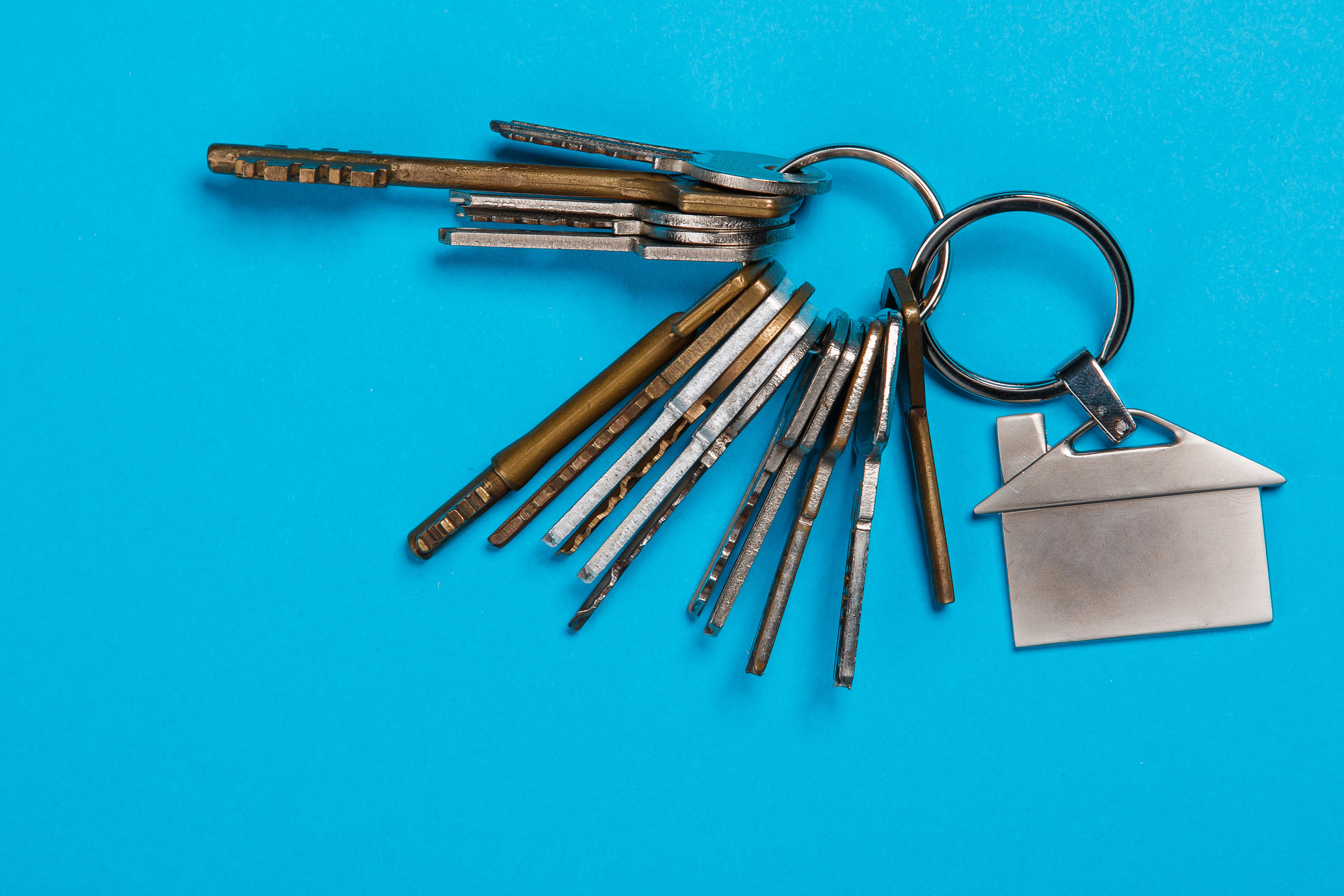 The return of the weekly #Analogette. A tweet-size stating of the security obvious, which sometimes leads to more. This time it starts with encryption.
[tweet https://twitter.com/S_Clarke22/status/635212109807161344 hide_thread=true]
Followed by plain English perspective on the UK government demanding backdoors to enable decryption of secure communications. This time it’s our PM, but it’s an aim either explicitly stated, or – you can reasonably assume – covertly pursued by many nations.
[tweet https://twitter.com/S_Clarke22/status/635213230785359872 hide_thread=true]
Specifically for us Brits, David Cameron appeared to back away from this firm position when the security community united to point out flaws in his technical logic (the understatement of the year as you’ll note from the tweeted article and any page 1 results for ‘Cameron’ and ‘encryption’).
Legally the main hurdle to an encryption ban is EU human rights legislation. However, if the 2016 referendum on Europe and/or the bid to create a UK Bill of Rights goes the government’s way, the UK will be free to vote its way past ECHR judgements. The Express went over that again last week.
On the flip side David Cameron is right…terrorists and paedophiles can foil attempts to read communications by encrypting them. That fact isn’t disputable.
In that context, here’s an entirely fair challenge from Jan Winter…
[tweet https://twitter.com/janwinter15/status/635373668974100480 hide_thread=true]
…and my entirely honest riposte;
[tweet https://twitter.com/S_Clarke22/status/635451541881810946 hide_thread=true]
Of course analogies are blunt tools. As Pádraic Brady pointed out;
[tweet https://twitter.com/padraicb/status/635771057237004288 hide_thread=true]
He’s right. With a locked door the police could still knock it down, or (in extremis), go through a wall. With properly implemented encryption there are no such work arounds.

Analogies aside, no-one will give us the inside gen on current threat levels, or the realistically estimated risk that encryption poses to national security operations.
Does that risk allow for the backstop of all properly operated pre-existing investigatory capabilities? How well do current data analysis tools and techniques work? Can they effectively target wrongdoers by analysing bulk personal and business communications? Are all instances of access and types of use effectively limited to what’s necessary by existing checks and balances? Do answers to those questions add up to a justification for breaking a cornerstone of reliable data security?
I’m not saying it doesn’t. I’m asking. Because I get and wholeheartedly buy into sacrifice of some personal freedom for the good of all. But I don’t feel hugely confident that oversight bodies really understand how tech – especially encryption – works. You don’t break encryption ‘a bit’, you just break it. Perhaps more concerning; How robust is their ability, while under intense political pressure, to resist the lure of “You have nothing to worry about if you have nothing to hide”. Pressure that was very much in evidence when the UK government pushed the Data Retention and Investigatory Powers Act through parliament in 7 days.

Shortsighted idealism from the privileged few?

On the more general debate about blanket retention, access and analysis of data, I thoroughly recommend reading this:
The US surveillance programmes and their impact on EU citizens’ fundamental rights
The late Caspar Bowden put a lifetime of accumulated knowledge into that document. It’s an excellent foundation for an informed debate around the next privacy-curtailing defensive measure we are told is necessary ‘just in case’.
I have a privileged life. The right to vote for a (kinda) representative government, the ability to speak out like this without immediate fear of personal persecution, and a government subject to a fair degree of real scrutiny. For many people around the world that’s an unobtainable dream and for many others our freedom of speech and unencumbered ability to communicate are tools to manipulate for political, financial, or criminal gain. But does that negate our right to privacy?
I’m honestly sitting here wearing my sceptical hat – in the true sense of that word – but willingness to change my mind about political risk management and accountable oversight won’t be well served by information I’ll get to see…information that would need to be pretty heftily persuasive to reset the Snowden calibrated scale of my concern.

I was lucky enough to get to talk at the Diana Initiative 2020 conference. One particularly bright side to complement all the compromises we have been making this year. I have wanted to speak there since friends of mine took the original diversity friendly offshoot of...

Opinion: Paying to play with our personal data – is it ok?

We’ve migrated from ‘Hot or Not?’ to being held virtually hostage by many of the digital platforms we rely on today. In the midst of that a new processing paradigm has emerged. Myriad startups want to pay to play with your personal data. Can this tackle on-going...

In AI we will blindly trust…

...and the architects, designers, data scientists, and developers will think we are nuts I've been driven back to the blog to talk about one very specific aspect of privacy, data protection and Artificial Intelligence (exchange for Machine Learning or Algorithms as...

On the face of it organisations were just made liable for nefarious data doings of any nasty individual they might have had the misfortune to employ... or nice employees who just mess up. Even if organisations do nothing wrong and things happen in spite of...

Data Protection, Security, and the GDPR: Myths and misconceptions #2

Welcome back! This is a shamefully delayed sequel to my first instalment of security themed GDPR thoughts: Data Protection, Security, and the GDPR: A fraught and fuzzy relationship. Here I look back again over my pre-privacy IT and InfoSec career to spot things likely...

Where and to whom does the GDPR apply?

Yeah, I doubted my sanity going at this one too, but here I am, because working out whether or not the GDPR would apply in different practical and geographical circumstances is proving harder than it really should...for everyone. This regulation has been my almost...

Facebook and Cambridge Analytica – It’s Pandora’s box, it’s open, but it’s been open for a while

Anyone with any knowledge of the goings on in digital advertising, political campaign management, or (for that matter) military information operations, will have been utterly unsurprised by the news over the last few days. It's Pandora's box, it's open, but it's been...

Data Protection, Security, and the GDPR: A fuzzy and fraught relationship

GDPR – You’ve analysed the gaps, but can you close them?

There is a critical gap for most firms: An inability to interpret and leverage gap analysis, data discovery, and mapping output to actually implement technical data processing change. This article is about the challenges most large firms are facing when trying...

There is one question related to the General Data Protection Regulation that will arguably cause more ulcers than any other: How much is enough? In some portions of the GDPR 'good' is straightforward. In many others we are asked to respect principles of fairness and...

Opinion: The role of automated data discovery in a GDPR programme

Do you have any online profiles or posts featuring those 4 magic characters: G D P R? If so, whether you are a business decision maker, IT body, security body, charity boss, employed data protection pro, or job seeking data protection pro (less and less likely), you...

Cybersecurity to Privacy via the GDPR: A personal and professional journey

I’ve been lucky enough to have a pretty successful security career and gain a modest following for my writing. Mainly stuff about Information and Cybersecurity GRC (Governance, Risk, and Compliance). Gratifyingly, my Infospectives blog also received a fair few award...

Blockchains: Embedding Integrity (a.k.a Blockchain for beginners with an InfoSec twist)

Blockchains are tackling the 'I' in the holy InfoSec CIA trinity (Confidentiality, Integrity, and Availability, not the government agency), more simply and robustly than anything that's gone before. However they are also a source of banker panic,...

Women In InfoSec – GRCers more than hackers? If so, so what? Plus bigger cultural questions

Maria Korolov, writing for CIO Online, summarised key findings from (ISC)2's recent report on Women In Security. A report informed by the their 2015 Global Information Security Workforce Study. The standout figure? Only 10% of information security professionals are...

When Business Culture Eats Cybersecurity For Breakfast – Part One

A four-part story of budget cuts, blamestorming, breaches and massive bumps in the road to mature security. Wild Speculation & IT Transformation Do you remember Nick Leeson? On February 23rd 1995 he sent a fax telling bosses at Barings Bank he was ill and wanted...

A run down of the key challenges with choosing and using cyber insurance called out in the last few months. It looks entirely possible you will have 'adequate' security dictated by your insurers, so it is your job to understand the risk based yardstick they're using...

There Is No Such Thing As Information Security Risk

Having worked in IT and Information Security for 13 years, I've come to the conclusion that there is no such thing as information security risk. There are just business risks that have one or more security or IT related causes. There is a fundamental and persistent...

Harvesting Data From Social Media – A Can Of Data Protection & Privacy Worms?

NOTE: This is a previously unpublished draft. I had completely forgotten about it. I can only assume I felt jumpy for years about depth of some of my data protection knowledge, but it does rather make my subsequent specialisation in data protection less surprising....

This is a post grown from a marmite-ish predecessor. A reaction to the drive to turn our personal data into a market priced commodity. Paying to play with our personal data - is it ok? A segmented unit of product that we are supposed to share for the price of a posh...

« Older Entries
We use cookies on our website to give you the most relevant experience by remembering your preferences and repeat visits. By clicking “SAVE SETTINGS”, you consent to the use of Necessary cookies, and any others you enabled.
Cookie settingsSAVE SETTINGS
Manage consent

This website uses cookies to improve your experience while you navigate through the website. Out of these, the cookies that are categorized as necessary are stored on your browser as they are essential for the working of basic functionalities of the website. We also use third-party cookies that help us analyze and understand how you use this website. These cookies will be stored in your browser only with your consent. You also have the option to opt-out of these cookies. But opting out of some of these cookies may affect your browsing experience.
Necessary Always Enabled
Necessary cookies are absolutely essential for the website to function properly. These cookies ensure basic functionalities and security features of the website, anonymously.
Functional
Functional cookies help to perform certain functionalities like sharing the content of the website on social media platforms, collect feedbacks, and other third-party features.
Performance
Performance cookies are used to understand and analyze the key performance indexes of the website which helps in delivering a better user experience for the visitors.
Analytics
Analytical cookies are used to understand how visitors interact with the website. These cookies help provide information on metrics the number of visitors, bounce rate, traffic source, etc.
Advertisement
Advertisement cookies are used to provide visitors with relevant ads and marketing campaigns. These cookies track visitors across websites and collect information to provide customized ads.
Others
Other uncategorized cookies are those that are being analyzed and have not been classified into a category as yet.
SAVE & ACCEPT
To change your privacy setting, e.g. granting or withdrawing consent, click here: Settings